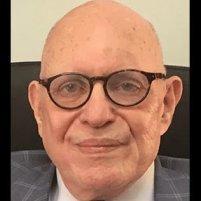 Bipolar disorder is a common mental health issue, affecting over 5 million Americans whose moods swing from manic highs to depressive lows. Steven R. Kafrissen, MD, helps patients from in and around Kingston, Pennsylvania manage their symptoms and lead normal lives with customized psychiatric care. If you’re concerned about bipolar disorder, call or schedule a consultation online today for a comprehensive diagnosis and treatment.

What is bipolar disorder?

Bipolar disorder is a mental health issue characterized by dramatic shifts in mood, ranging from high manic episodes to periods of depression. Your mood may change quickly or your swings can last for weeks or even months.

What are the symptoms of bipolar disorder?

The symptoms of bipolar disorder vary between manic symptoms and depressive symptoms.

According to the National Institute of Mental Health (NIMH), there is no single cause or trigger for bipolar disorder. Some of the contributing factors include brain structure, genetics, and family history.

Recent studies show that people with bipolar disorders have different brain structures and functionality than people who don't have a bipolar disorder. Similarly, if you have certain genes, you are a higher risk of developing the condition. However, carrying a gene doesn't guarantee that you'll develop the disorder.

Bipolar disorder appears to be hereditary. If you have a parent or sibling with bipolar disorder, your chances of developing the condition are increased.

How is bipolar disorder treated?

Dr. Kafrissen may prescribe mood stabilizers, atypical antipsychotics, and/ or antidepressants, depending on your needs. These medications help to control your mood swings and feelings so you can focus on learning more healthy behavioral responses in talk therapy sessions.

It is important to continue treatment, even if you feel ‘normal’. Bipolar disorder is a lifelong disorder that requires long-term treatment. It’s common to experience periods of normalcy between manic and depressive episodes, or for the manic episodes to begin to feel like a preferred version of normal.

If you have questions or concerns about bipolar disorder, call or schedule an appointment online.